Another clear and windless day at the airfield. Not to fly, but to assist in dismantling the Jabiru to get the wings ready for re-painting. 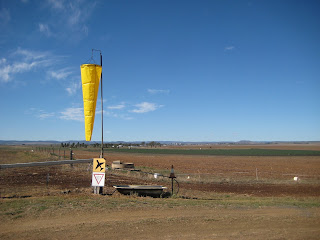 But the peace and quite was noisily disrupted by a crazy driver on his quad bike. 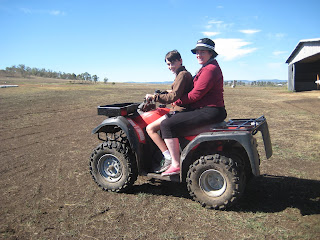 Thank goodness he does not yet have a pilot license
Posted by Murleo at 22:34 No comments:

The Loss of a Friend

When one of our family hurts - we all hurt. 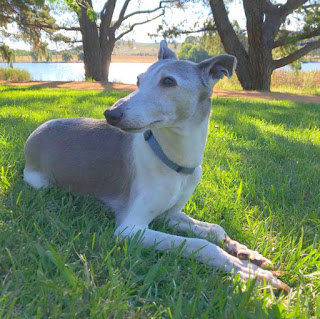 Leonie expressed it so well in these words:-.


Pacey is sleeping in heaven tonight. We six walked to the playing fields this afternoon for one last roll in the grass.  As Richard said, we made a family together, two by two by two, and this is the first time we’ve had to subtract one of us.  I’m not the first person to lose a dog, but she is the first dog this person has lost.  Her dignity and stoicism these last few years changed us all. We are consumed with our grief, love and memories. 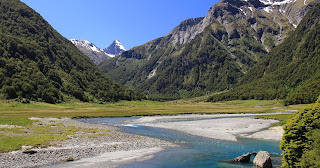 We have experienced many unique sights in many locations throughout the world. Notably in Norway, Alaska, and the Swiss and French Alps. But nothing beats the isolated beauty of the Siberia Valley in New Zealand. We were flown in to this idyllic location by light plane, and after it departed, we were left as the sole occupants, to enjoy the perfect isolation that enveloped us. We were the only humans in that place on that perfect day, and the peace and quiet was only broken by the constant sound of the flowing clear blue river.
But time was too short, and we soon faced the 3 hour walk through the bush to our rendezvous point in the adjacent valley, where we were greeted by a couple of other humans for the jet boat trip back to civilisation.
Posted by Murleo at 16:24 No comments: 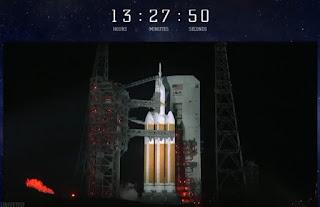 It was a long wait yesterday, and after a couple of holds in the countdown, the launch was aborted with just 1 minute abd 55 seconds remaining.
It is now rescheduled for today and at the time of this blog, it means another wait for 13 and a half hours before hopefully it will blast off on its massive journey to the Sun, reaching speeds never before attained by a spacecraft. This is the ULA Delta-IV - the heaviest of the current range of active rockets. This 3 stage rocket produces the enormous thrust necessary to push the small payload towords Venus and then towards the Sun.
Posted by Murleo at 16:19 No comments: 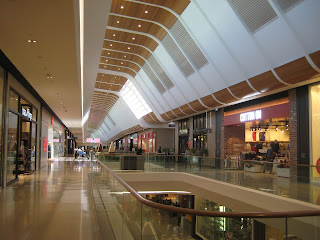 If this was a normal shopping centre in a major city, it would be crowded with eager shoppers. But our city of Toowoomba is not normal. This is the view at a busy time during the day - where are the people you may ask? There are over 200 shops in this complex - they cannot all be profitable.
Posted by Murleo at 23:21 No comments:

Our journey to Canberra by road, passed through many well known towns and landmarks. But the astute observer can see an even greater number of sights along the remote areas that reveal the true nature of this vast country. 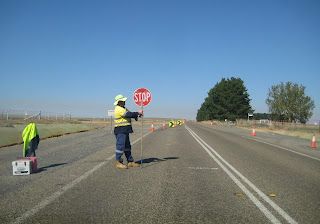 The loneliest job: A safety roadman holds up the traffic at one of the many roadworks locations. This one outside the town of Boorawa. 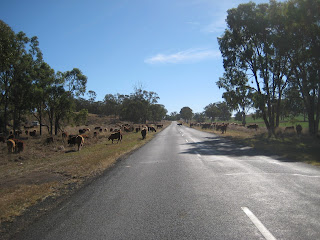 Cattle grazing on the roadside: Due to the dry season, graziers have been forced to feed their cattle along the roadsides. This large herd near Barraba was a definite hazard for motorists. 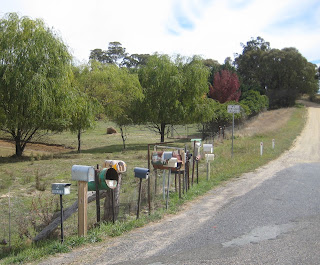 The postman's destination at an isolated road to nowhere.
Posted by Murleo at 03:28 No comments:

I have a friend that I have never met. He is Erhan from Turkey, and he has a website showing the numerous puzzles and problems that he has invented.
Today I learned that he has recently died, and in his memory I am showing you the latest wooden puzzle that I made from his instructions. It is titled "Cubes and Planks" and it is constructed from 9 components, and it is quite hard to assemble. 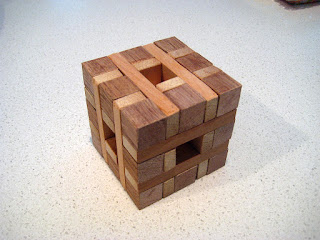 I found that his instructions for assembly were a little hard to follow, because the orientation of the cube changed which caused some confusion, and also the 9 components needed to have the direction of the grain shown, so that the grain on the assembled individual cubes would be consistently in line. So I have drawn my own solution which addresses these problems and hopefully assists others who want to make one of these puzzles. 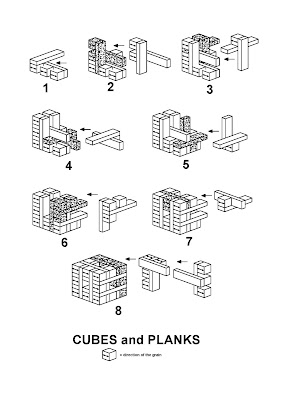 The details of the 9 components can be found at his website:-
https://diypuzzles.wordpress.com/2015/01/25/cubes-and-planks/

Along the Kidman Way